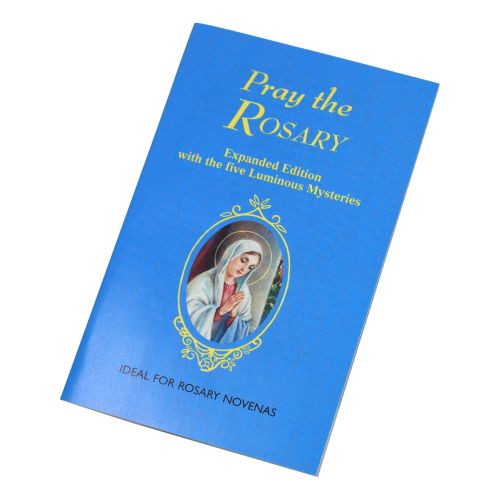 Lelen JM
Be the first to review this product
$0.99
Item Code
102786
EAN/UPC
9780899420400
Publisher
Catholic Book Publishing
Pocket-size guide to "a richer and more intimate understanding of the Holy Rosary" (from the forward by Fr. Patrick Peyton, CSC). Includes an explanation of the Rosary and illustrations and brief meditations for each of the twenty Mysteries.
Add to Wish List
About this item
Format:
Paperback
Pages:
64
Dimensions(Inches):
3.00 x 5.00
About the author
Rev. J. M. Lelen (1873-1964) was a French Roman Catholic priest and member of the Suplician Order. After serving with the Suplicians in France, he moved to the United States in 1899. Rev. Lelen taught at Dunwoodie Seminary in Yonkers, NY and went on to serve in France, Canada, New Orleans, and Kentucky. He authored many prayer books and completed one of the first Latin-to-English translation of The Confessions of St. Augustine in 1952. In 1963, he was awarded the Papal Cross from Pope Paul IV for his service to the Church.
Reviews
Write Your Own Review