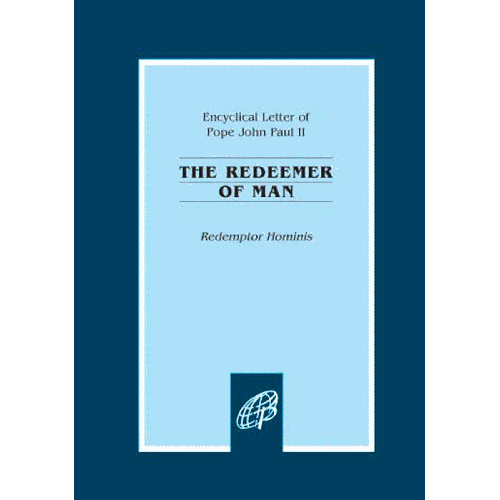 Redemptor Hominis. Pope John Paul II's first encyclical written less than 5 months after his installation, March 4, 1979. The document lays a blueprint for both the activity and teaching of his pontificate. The major themes of the document explore contemporary human problems and especially their proposed solutions found in a deeper understanding of the person: both of the human person, and that of Christ.

John Paul II points to the central doctrines of the Incarnation and the Redemption as, above all, evidence of God's love for humanity: "Man cannot live without love.... This ... is why Christ the Redeemer fully reveals man to himself."

Critique of atheist governments and the right to religious freedom: John Paul argues that the human person naturally strives for God as the fullest dimension of humanity. Systems such as Communism that deny this essential aspect of human nature are fundamentally flawed and unable to satisfy the deepest longings of the human heart. He specifically denounces governments opposed to freedom of religion as an attack on man's inherent dignity. This lays the foundation for his confrontation of Communism particularly in his native Poland.

Missionary message: John Paul stresses the need of bringing the message of God to all cultures, all ideological concepts, and to all people of good will. This foreshadowed his many missionary journeys around the world. Pope John Paul teaches that any missionary work by the Church must begin with a deep esteem for the human person, for his conscience and freedom.

Christ's union with each person: The document insists that Christ reaches out to each person as an individual. From the personal experience of Christ's love for him or her, the Christian reaches his or her fullest potential. Thus, the Church should reach out to each and every person.

Progress: John Paul addresses the question of whether the amazing technological and material accomplishments we enjoy today make human life "more human." He states that the true measure of good is the effect on the human person, not just mere accomplishment and accumulation.

Imbalance of economic resources: John Paul encourages an increased concern for the problems of the poor, stating that an increased moral responsibility is built on a deeper understanding of the dignity of the human person.