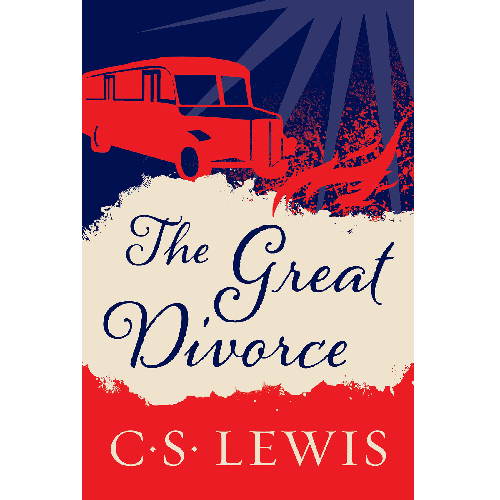 Lewis CS
Be the first to review this product
$15.99
Item Code
127342
EAN/UPC
9780060652951
Publisher
Ingram/Spring Arbor
C.S. Lewis’ The Great Divorce is a classic Christian allegorical tale about a bus ride from hell to heaven. An extraordinary meditation upon good and evil, grace and judgment, Lewis’s revolutionary idea in the The Great Divorce is that the gates of Hell are locked from the inside. In Lewis's own words, "If we insist on keeping Hell (or even earth) we shall not see Heaven: if we accept Heaven we shall not be able to retain even the smallest and most intimate souvenirs of Hell." Using his extraordinary descriptive powers, Lewis’ The Great Divorce will change the way we think about good and evil.
Add to Wish List
About this item
Format:
Paperback
Pages:
160
Dimensions(Inches):
5.30 x 8.00
About the author
Clive Staples Lewis (1898–1963) was one of the intellectual giants of the twentieth century and arguably one of the most influential writers of his day. He was a Fellow and Tutor in English Literature at Oxford University until 1954, when he was unanimously elected to the Chair of Medieval and Renaissance Literature at Cambridge University, a position he held until his retirement. He wrote more than thirty books, allowing him to reach a vast audience, and his works continue to attract thousands of new readers every year. His most distinguished and popular accomplishments include Mere Christianity, Out of the Silent Planet, The Great Divorce, The Screwtape Letters, and the universally acknowledged classics The Chronicles of Narnia. To date, the Narnia books have sold over 100 million copies and been transformed into three major motion pictures.
Reviews
Write Your Own Review