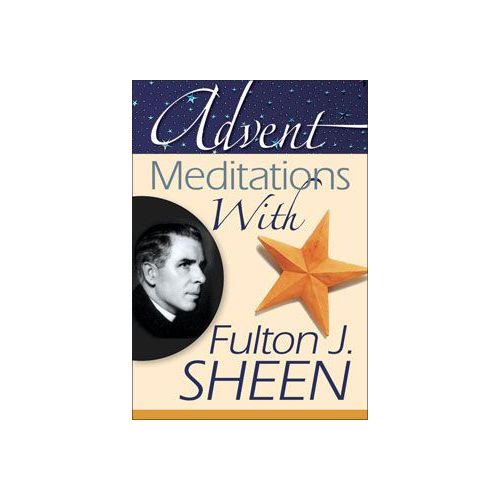 Drawn from Archbishop Sheen's best-selling books, these 28 reflections will lead you day by day through the Advent season. Eloquent quotes are paired with beautiful Scriptures on the themes of the season-patience, waiting, gift, hope, humility, joy-and more. Spend a few quiet moments of each day with one of the 20th century's greatest preachers, preparing your heart to receive the Savior of the world.

Add to Wish List
About this item
Format:
Paperback
Pages:
32
Dimensions(Inches):
4.12 x 5.88
About the author
Archbishop Fulton J. Sheen (1895-1979), one of the 20th century's best-known and loved Catholic prelates, was a lecturer, professor, philosopher, preacher, and writer. A radio and television personality, he is widely regarded as the original media luminary for the spiritual world. This former director of the Society for the Propagation of the Faith leaves behind an enormous written and oral history. In addition to two weekly syndicated newspaper columns that ran for close to two decades, he authored scores of books.
Reviews
Write Your Own Review