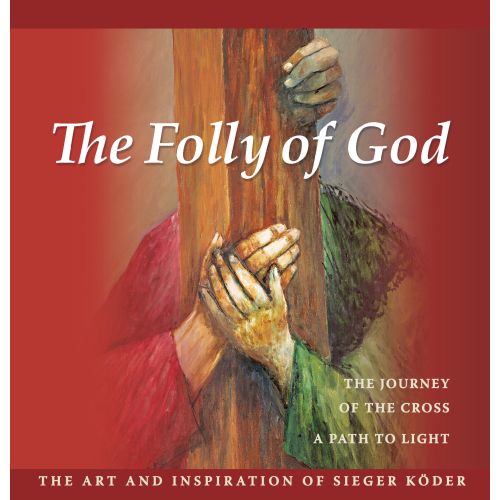 Featuring the traditional Stations of the Cross and events of the resurrection of Jesus, this book offers reflections to facilitate understanding the symbolism of each image. A prayerful meditation based on one of the themes is proposed for each painting.

This book is an invaluable resource for prayer and various celebrations. It offers a wealth of reflections, themes and scripture references. Suggestions are also given for creative use of the images with a variety of related themes.

Add to Wish List
About this item
Format:
Hardcover
Pages:
80
Dimensions(Inches):
6.50 x 6.00
About the author

Sieger Koder was born on 3rd January 1925 in Wasseralfingen, Germany, where he completed his high school studies. During the Second World War he was sent to France as a front line soldier where he was made a prisoner of war. Once freed, Sieger Koder attended the Academy School of Art in Stuttgart; then he studied English philology at the University of Tubingen as part of his qualification as a teacher. After teaching art and working as an artist for twelve years, Koder undertook theological studies for the priesthood and in 1971 he was ordained a Catholic priest. From 1975 to 1995, Fr. Koder exercised his ministry as a parish priest in Hohenberg and Rosenberg and today he lives in retirement in Ellwangen, not far from Stuttgart.

The years of his ministry as a priest are among the most prolific with inspiring works of art. There is complete synergy between Fr Koder as a priest and as an artist. He uses his paintings as Jesus used his parables. He "reveals" the depth of the Christian message through metaphors, shedding light and color on life and human history.

Koder's art is heavily charged with his personal experience of war during the Nazi period and the time of the Holocaust. Koder dips his brush into the very essence of the Gospel and with color describes the wholeness of human life. Thus, his art is a vibrant glimpse of the depth, the length and the width of the mystery of Christ in every person.