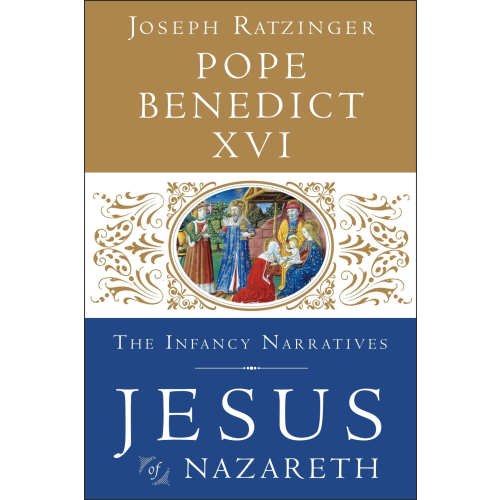 The momentous third and final volume in the Pope's international bestselling Jesus of Nazareth series details the stories of Jesus' infancy and boyhood, and how they are relevant today in the modern world

The Pope focuses exclusively on the Gospel accounts of Jesus' life as a child. The root of these stories is the experience of hope found in the birth of Jesus and the affirmations of surrender and service embodied in his parents, Joseph and Mary. This is a story of longing and seeking, as demonstrated by the Magi searching for the redemption offered by the birth of a new king. Ultimately, Jesus' life and message is a story for today, one that speaks to the restlessness of the human heart searching for the sole truth which alone leads to profound joy.

Add to Wish List
About this item
Format:
Paperback
Pages:
144
Dimensions(Inches):
5.00 x 7.50
About the author

Joseph Ratzinger, Pope Emeritus Benedict XVI, born in 1927 in Germany, was head of the Roman Catholic Church from April 2005 until 2013. A prolific author, theologian, and university professor, Ratzinger served as an "expert" at the Second Vatican Council, and was appointed in 1977 by Pope Paul VI to lead the German Archdiocese of Munich and Freising. In 1981, Pope John Paul II called him to Rome to head the Vatican's Congregation for the Doctrine of the Faith, where he served until his papal election.