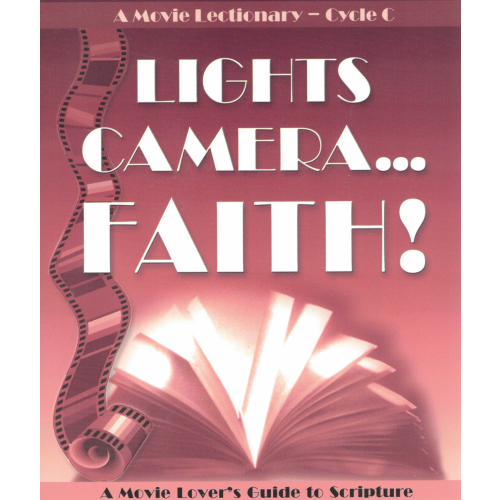 A fresh take on the Scriptures-through the lens of popular movies!

This third volume of Lights, Camera... Faith! continues to provide new thought-provoking passages into the world of the Gospels through popular film. By exploring 71 movies in the light of the Sunday Scriptures, Malone and Pacatte create a dialogue between Scripture and film, engaging faith through culture and culture through faith. Insight, inspiration, and information meet in this valuable resource for anyone who appreciates deeper meaning in movies. Ideal for homilists, parish discussion groups, young adult groups, film educators, and professionals.

"I have never seen anything quite so compelling or complete as Peter Malone's and Rose Pacatte's Lights, Camera... Faith!"
Stan Williams, Motion Picture Producer, Director

"By introducing serious and respectful conversation between the life of faith and the 21st century media culture, Lights, Camera... Faith! provides both a model and a method for a deep and rich media literacy movement among all Christian denominations."
Elizabeth Thoman, Founder, Center for Media Literacy

"This splendid movie lectionary brings together the imaginative power of the Scriptures and the revelatory possibilities of the Screen."
Scott Young, Cofounder, City of Angels Film Festival

"Lights, Camera... Faith! is a must for every homilist who want to grab the attention of the people in the pews! The book brings the Gospel into the twenty-first century and is a great way to present the Scriptures to young people."
Jack Shea, Hollywood director and producer, and Patt Shea, Screenwriter, Cofounders of Catholics in Media