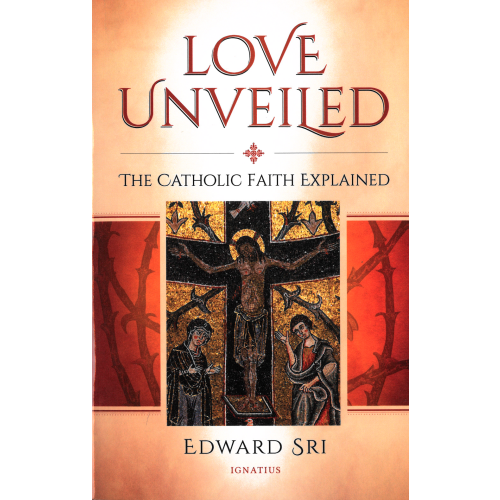 If you were asked what immediately comes to mind when you hear the words "Catholic Church", would you answer "an intimate relationship with the God who loves me"?

If not, you would do well to read this engaging and thought-provoking book which explains why such a relationship is the reason for everything the Church does and teaches. Professor Edward Sri will show you how all the pieces of the Catholic faith, including the most baffling ones, fit together to make one beautiful mosaic of God's love for us and our own participation in that all-encompassing love.

More than an intellectual enterprise, this work is also a deep spiritual reflection and a practical guide to living out our faith in Christ. It aims to form both the head and the heart, not only helping us to understand Jesus and his plan of salvation, but inspiring us to love God and our neighbor better.

Add to Wish List
About this item
Format:
Paperback
Pages:
296
Dimensions(Inches):
5.75 x 8.00
About the author

Dr. Edward Sri is a theologian, author and well-known Catholic speaker who appears regularly on EWTN.  Each year he speaks to clergy, parish leaders, catechists and laity from around the world.

He has written several best-selling books, including A Biblical Walk through the Mass, Walking with Mary and Who Am I to Judge?–Responding to Relativism with Logic and Love. His latest release is Into His Likeness: Be Transformed as a Disciple.

He is a founding leader with Curtis Martin of FOCUS (Fellowship of Catholic University Students) and serves as a professor of theology at the Augustine Institute in Denver, Colorado.

Dr. Sri leads pilgrimages to Rome and the Holy Land each year and is the host of the weekly podcast "All Things Catholic." He holds a doctorate from the Pontifical University of St. Thomas Aquinas in Rome. He resides with his wife Elizabeth and their eight children in Littleton, Colorado.