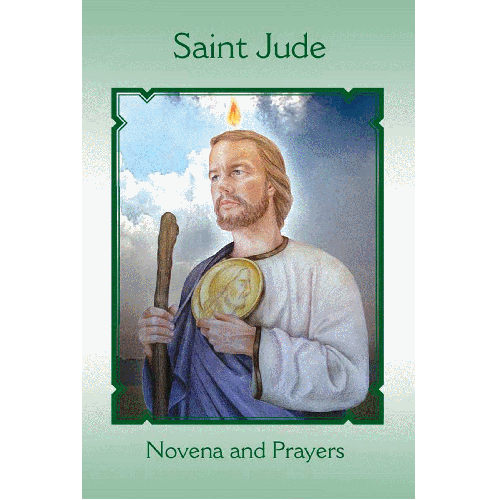 The little that is known about the Apostle Jude is found in the New Testament and ancient traditions. Neither of these, however, offer details of his life. Because he was an apostle of the Lord, we know for certain that Jude spent a great deal of time with Jesus. He grew to know him intimately during the years of Jesus' public ministry. An ancient tradition places St. Jude in Mesopotamia and Persia preaching the Gospel. It is believed that he was eventually martyred in Persia, where he was beaten to death with a club. He is usually depicted with a club, instrument of torture, and a medallion showing Jesus' face. Popular devotion to St. Jude Thaddeus developed in the 20th century when he became known as the patron of hopeless and desperate cases.

The tradition of praying novenas has its roots in the earliest days of the Church. Christians have always prayed for various needs, trusting that God both hears and answers prayer. The word "novena" derives from the Latin term novem, meaning nine. In a novena we pray a prayer for nine days. "But," we might wonder, "doesn't God know our needs before we event ask? Isnt praying once for something enough?" Although we believe in God's love for us, something we need to remind ourselves of this. Although we know we are held in God's hands and that God will not let go, sometimes we need reassurance. What may appear to be mere repetition in a novena is really a continual act of faith and hope in our loving God.