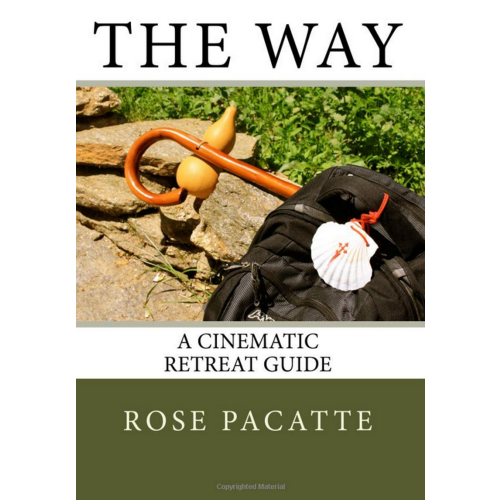 The Way A Cinematic Retreat Guide

Pacatte Rose
Be the first to review this product
$7.95
Item Code
196998
EAN/UPC
9781523790432
Publisher
Pauline Books Culver City
"The Way: A Cinematic Retreat Guide" is ideal for Lent or Ordinary Time and appropriate for ages 16+. The guide, that began as a handout, takes its inspiration from Emilio Estevez' 2011 film "The Way" about Tom, an eye doctor with poor inner vision, who walks the ancient pilgrimage route, the Camino de Santiago de Compostela in Spain, carrying his beloved son's ashes. Tom learns to see things in a new way and makes new friends along the way. At the end of the Camino, Tom is a new man. The guide is divided into five stages or sessions for the first five weeks of Lent but a creative retreat leader can adapt the material or use the guide in whole or in part, such as a three-day evening retreat. There are also activities and questions for reflection and conversation. The "Check List" in the guide includes items for a pilgrimage backpack the leader can give at at appropriate moments that enhance the retreat experience, such as a rosary, stone, shell, holy water bottle, New Testament, etc. This guide includes catechetical templates to use as is or to prepare your own handouts for talking about "pilgrimage" to children and youth, as well as a Youth Pilgrimage Activity for teens. The goal of "The Way: A Cinematic Retreat Guide" is for participants to experience the transcendence of film in their own spiritual lives and those with whom they share faith and humanity, to see more clearly and to love more deeply. After all, the famous French Catholic film Critic André Bazin (1918-1958) once wrote: "The cinema has always been interested in God."
Add to Wish List
About this item
Format:
Paperback
Pages:
76
Dimensions(Inches):
6.00 x 9.00
About the author
Sister Rose Pacatte, FSP, is a Daughter of St. Paul and the founding director of the Pauline Center for Media Studies in Culver City, CA. She is a media literacy education specialist, a film reviewer for St. Anthony Messenger magazine and the National Catholic Reporter and she has a blog on Patheos, an online portal for blogs about religion. Rose is an award-winning co-author and author of several books on media mindfulness and film and scripture. She has also written several film study guides. Her most recent book is a biography: “Martin Sheen: Pilgrim on the Way” published by Liturgical Press in 2015. In 2016 Sister Rose hosted a film series on Turner Classic Network about films condemned by the National Legion of Decency between 1933 and 1965. She also has an online film review series entitled “The Industry with Sister Rose on the IN Network” and she reviews films with guides online for catechists, parents and children for RCL Benziger. She has a book coming out on St. Hildegard of Bingen from Pauline Books & Media and Corita Kent from Liturgical Press in 2017 as well as an eBook from Pauline Books and Media: “Lights, Camera Faith: The Beatitudes and Works of Mercy” co-authored with Peter Malone, MSH. Sister Rose has a M.Ed. in Media Studies from the University of London’s Institute of Education and a Certificate in Pastoral Communication from the University of Dayton. She also facilitates online courses for the University of Dayton’s Virtual Learning Community for Faith Formation. She teaches a certificate course in media literacy to catechists, parents, and clergy, recognized by the Archdiocese of Los Angeles, every summer at the Pauline Center for Media Studies (PaulineCMS.com) in Culver City. Currently Sister Rose is the president of Catholics in Media Associates in Los Angeles, a board member of SIGNIS Catholic Communicators Forum, and co-founder of the National Film Retreat. She has served on Catholic and ecumenical juries at the Berlin, Venice, and Locarno Film Festivals. Contact: Sr. Rose Pacatte [email protected] Facebook: SisterRoseGoesToTheMovies SisterRoseHomepage.com SisterRoseMovies.net PaulineMediaStudies.org
Reviews
Write Your Own Review