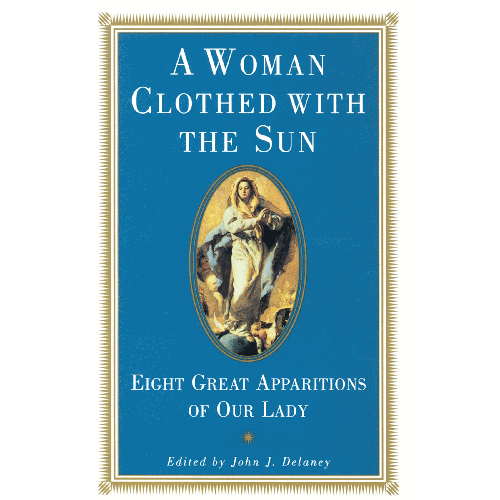 Delaney John J
Be the first to review this product
$17.00
Item Code
174047
EAN/UPC
9780385080194
Publisher
Ignatius Press
Through the centuries, Our Blessed Lady has appeared frequently on earth with messages of warning, hope, and consolation for humanity--but never more frequently than in the last two centuries. Heralded as the Marian Age, the past two hundred years have been blessed with numerous appearances of Our Lady, each one offering messages of inspiration and hope and urging the world to return to the love of God through prayer, penance, and reparation for sins. A Woman Clothed with the Sun considers the seven most significant apparitions of Our Lady in the past two centuries: that of the Miraculous Medal at Paris, those at La Salette, Lourdes, Knock, Fatima, Beauraing, Banneux—and also the sixteenth-century appearance of Mary at Guadalupe with its profound message for Americans. The historical background of each apparition is given, the vision itself described, and Mary's messages are quoted by writers distinguished for their special knowledge of the apparitions and their literary excellence. In his introductory chapter, editor John J. Delaney traces the relationships between the apparitions and provides a penetrating analysis of their significance. Recipient of the Marian Library Medal, A Woman Clothed with the Sun has been critically acclaimed as the one book on Our Lady that should be read by everyone.
Add to Wish List
About this item
Format:
Paperback
Pages:
240
Dimensions(Inches):
5.40 x 8.30
About the author
John J. Delaney was the former director of Doubleday Religious Publishing and founder of Image Books. He has lectured in various parts of the United States, has appeared on national television and radio programs, and has had articles published in leading Catholic magazines. He is also originator and general editor of the Catholic Viewpoint Series. In 1958 he was the recipient of the Catholic Press Association--Catholic Digest Award for "distinguished service to Christian journalism and publishing."
Reviews
Write Your Own Review