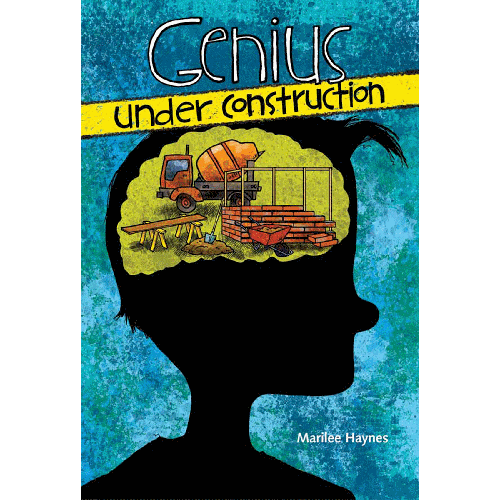 Haynes Marilee
Be the first to review this product
$9.95
Item Code
167523
EAN/UPC
9780819831262
Publisher
PBMJP
Gabe, star of a.k.a. genius, returns for the end of middle school. Gabe Carpenter - St. Jude Academy's resident genius - is back for his final year of middle school. Some things have certainly changed from last year: his "locker-won't-open" days seem to be over, his rolling backpack has been replaced by his grandpa's briefcase, he's now the basketball team's official analyst, and he, along with all of the other eighth graders, are allowed to sit on "The Rock." Other things have stayed exactly the same: Gabe has yet to figure out girls (especially his second best friend and crush, Maya), he's still in that class for gifted students, and his embarrassing bodily functions continue to well, embarrass him.

On the cusp of graduation, this eighth grade status brings some inescapable realities. Gabe, along with all of the other graduating students, must complete fifteen hours of community service. Thinking his talents would be best used in service to others academically, he picks tutoring. But when he finds out he will be working with a student who has a learning disability, things become a bit more complicated than expected.

At home, an envelope with an unfilled application to Carolina Science and Math High School is shoved in the bottom of his closet. With the deadline quickly approaching, Gabe is being pressured by his parents, grandma, and the memory of his dead grandpa to make a decision of whether or not to apply. He loves science, but is he willing to leave his friends behind to go there next year? Leave Maya? At least Gabe can still turn to St. Jude, the patron saint of lost causes, to help him along the way...

Add to Wish List
About this item
Format:
Paperback
Pages:
224
Dimensions(Inches):
5.25 x 7.75
About the author

Marilee Haynes lives with her husband and three young children just outside Charlotte, North Carolina. A full-time stay-at-home mom, she writes middle-grade fiction in stolen quiet moments (in other words, when everyone else is asleep). Genius Under Construction is her second book.