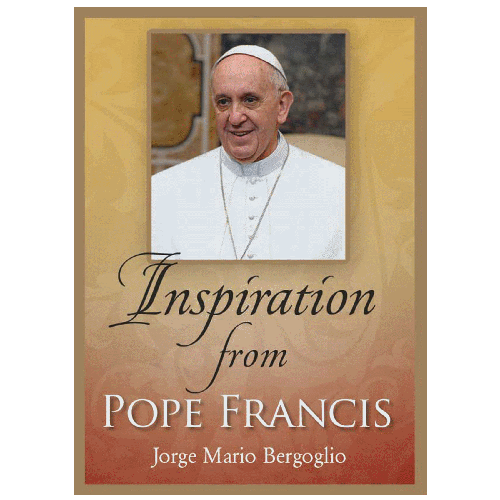 As the first pope to be a member of the Jesuit religious order, to come from Latin America, and to take the papal name in honor of Saint Francis of Assisi, Pope Francis made history. The whole world watched as he bowed from the balcony in Saint Peter's Square, chose to reside in the Vatican guesthouse rather than the Papal Palace, hugged a disabled boy at Easter Mass, and washed the feet of inmates at a juvenile detention center during Holy Week. From these publicized events, we are already acquainted with his humility, his simplicity, and his closeness to the people. But, who was Pope Francis before he became pope, when he was an archbishop and cardinal of Buenos Aires?

This collection of homilies written by Cardinal Jorge Bergoglio between the years 1999-2013 offers you a unique glimpse into Pope Francis's character and nature. Selected excerpts contain his inspirational, pithy thoughts on a wide array of topics, ranging from Jesus Christ to the Holy Spirit, to education and family. Capturing his concerns related to humanity, these homilies particularly reveal the roots of Pope Francis's commitment to social justice. By reflecting and praying on his words, you are inspired to transform his thoughts into concrete actions.