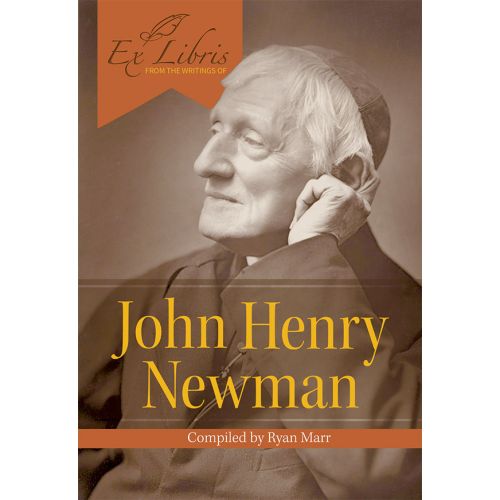 Blessed Newman, the 19th-century's most important English-speaking Catholic theologian, spent the first half of his life as an Anglican and the second half as a Roman Catholic. He was a priest, popular preacher, writer, and eminent theologian in both Churches.

Before Newman, Catholic theology tended to ignore history, preferring instead to draw deductions from first principles. After Newman, the lived experience of believers was recognized as a key part of theological reflection. Newman eventually wrote 40 books and 21,000 letters that survive. He has been called the "absent Father of Vatican II" because he was a strong influence in the shaping of the Council's documents through his writings on conscience, religious liberty, Scripture, the vocation of lay people, the relation of Church and State, and other topics. Although he was not always completely understood or appreciated, he steadfastly preached the Good News by word and example.

This small volume, part of the Ex libris series, offers an affordable and accessible introduction to Newman's theology. While other publications focus on Newman's biography or present high-level scholarly discussions of his thought, this book hones in on some of the most important quotations from Newman's writings and organizes them to facilitate regular devotional reflection. A set of discussion questions in the back of the book also makes it a handy title for use in small faith formation groups.

Sections include faith, holiness, the Incarnate Word, Our Lady, a good death, trust in divine providence, continuing in the school of John Henry Newman, and a helpful bibliography.

Compiled by Ryan Marr, director of the National Institute for Newman Studies and associate editor of the Newman Studies Journal, this book will awaken an interest in this influential thinker and possible future saint.