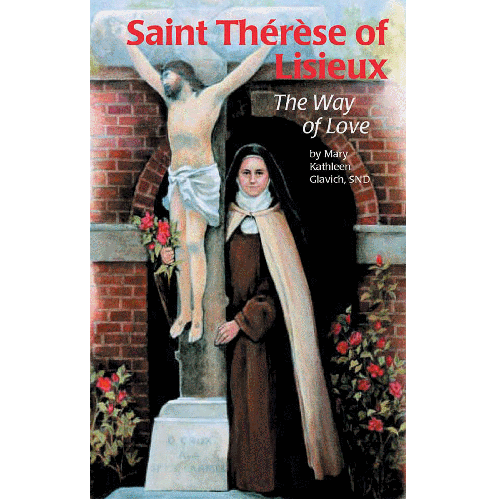 St Therese Of Lisieux The Way Of Love (Encounter The Saints)

St. Thérèse, often called the Little Flower, was born in Normandy, France, in 1873. She was the youngest of the five daughters born to Louis and Zelie Martin. Thérèse was a very lively, lovable little girl. It was Thérèse's great desire to enter the Carmelite convent where two of her sisters were already nuns. But since she was only fifteen, permission was not granted. She kept praying and asking the prioress to admit her. She even dared, on a trip to Rome, to ask Pope Leo XIII himself to grant her heart's desire. And finally she was allowed to enter. Although she was only fifteen, Thérèse did not expect to be babied. "Obedience, prayer, and sacrifice" were her program. She had a thirst to suffer for love of God. Sister Thérèse tried hard to be humble. She called her great confidence in God her "little way" to holiness. She always had a burning desire to become a saint. The young nun wanted to find a "short cut," or an "elevator," to take her quickly to sanctity. So she looked in the Bible and found the words, "Whoever is a little one, come to me." When she lay dying, she could say: "I have never given the good God anything but love, and it is with love that he will repay. After my death, I will let fall a shower of roses. I will spend my heaven doing good on earth."

The Little Flower died on September 30, 1897. She was proclaimed a saint by Pope Pius XI in 1925, and a Doctor of the Church by Pope John Paul II in 1997. The story of St. Thérèse will teach children to do everything in their life with love. They will be attracted to her "Little Way" and be drawn to treat everyone with kindness and patience. The Little Flower is one of the most important saints of the last century and knowing about her life and spirituality is an essential foundation for understanding how to live as an authentic Christian today.